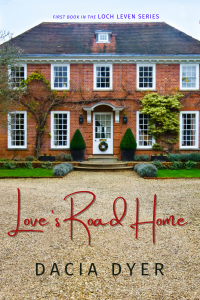 Signup for news and special offers

Isle of Skye 1
Published by Kindle Direct Publishing
Buy from:

Connor woke violently and could still see his dream clearly. A woman on the cliffs. She looked like a goddess. She looked like a vengeful angel. He had stood idly by on the beach below, unable to stop her. To call out to her that he was there, alive. He had come back for her. All he could do was watch as she jumped off the cliff and fell into the raging sea. But just before she hit the water, she transformed into a sleek grey seal and dove effortlessly into the waves. Her head popped through the surface and her eyes locked on his. He would have sworn to God above that he knew those eyes as they seared a place into his heart. ​

Connor lay in bed breathing purposefully to calm his rapid pulse. It wasn’t the dream that had frightened him into wakefulness but recognition. He somehow ​knew those eyes, that woman and even stranger still, that seal. Growing up by the sea and making a living from it, he of course had seen many a seal but this one was different. He remembered all the stories his father would tell him of the selkies. Those shape-shifting seals that could turn into human men or women. It often went that a fisherman would catch a selkie in human form and keep her for a wife. At least until she found her seal skin again and was able to return to her true home, the sea.

All the cool kids are doing it...

Want to know what's moving and shaking in my world? Sign up for my newsletter! I swear I won't spam you or sell your info. Think of it as just a little love note from me to you every month.